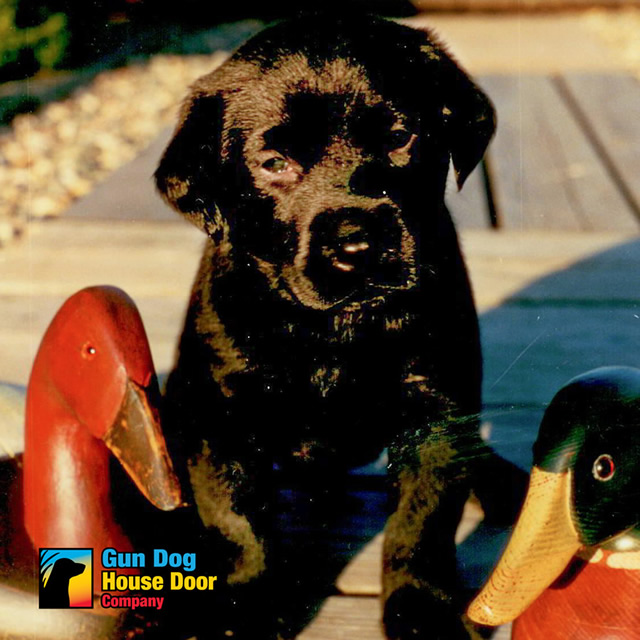 The early stages of a puppy’s development will have a lasting impact—so a breeder’s litter management is crucial.

A new puppy is a lot like a new baby.

Both are very impressionable, and generally what they see and hear in the early stages of their development will have a lasting effect.

That’s why it’s important that dog owners realize that socializing your puppy should begin with the breeder—during the pup’s first seven weeks.

Not much can be done the first three weeks of the pup’s life. The first 21 days are survival days; the pups rely on Mom 100 percent. The next week the pups eyes open, and they start to develop their senses.

But from the age of 4 weeks to 7 weeks, a breeder “should go to town” and start socializing the puppy.

At 28 days, the breeder should begin getting the pups used to the sense of touch and voice, at 5 weeks they should be going on short walks.

At 6 weeks, the breeder can start using a hand dummy to look for an “attitude for retrieving”. I make dummies out of 5-pound shot bags. Just take one-third of the bag, put some nylon in it and sew up the end.

When using the dummies, a sterile environment is very important. You don’t want any distractions because of the pups’ short attention span. It’s best to just throw the dummy two to three times and include lots of praise upon retrieval.

Dogs go to their new homes at 7 weeks old, and that’s when the new owner takes over socializing the puppy.

I caution new owners about bringing the new pup around the family, though. You must have rules.

I recommend no tag, keep-away, chasing or pulling on toys, because you’ll just have to correct this behavior later.

I also recommend taking the new pup out for rides in the car or pickup, too.

After the puppy gets used to taking walks, different types of noise, people, rides in the truck, I like to introduce it to a car kennel, then a car kennel in the home. Then, at 12 weeks, the new puppy should be well on its way to becoming socialized.

Then, you can start “going to town”.